Can a squirrel be a cuddly pet?

They're cute and fuzzy. They may even come when you call them or eat out of your hand, but can squirrels really be affectionate pets? The short answer is, "yes." But if you're considering inviting a squirrel into your family, consider the long-term consequences of opening your heart -- and home -- to wildlife.

Babies Need Mentors
Baby squirrels will easily bond and become affectionate with humans. They will cuddle, play, come when called and may even learn simple tricks. But domesticating a squirrel too early will rob him of self-reliance, as infant squirrels learn to gather food and exist in the wild from other squirrels during their first eight weeks of life. After the first two months, a squirrel will reject other squirrels. This leaves a domesticated squirrel vulnerable when re-introduced into his natural habitat. 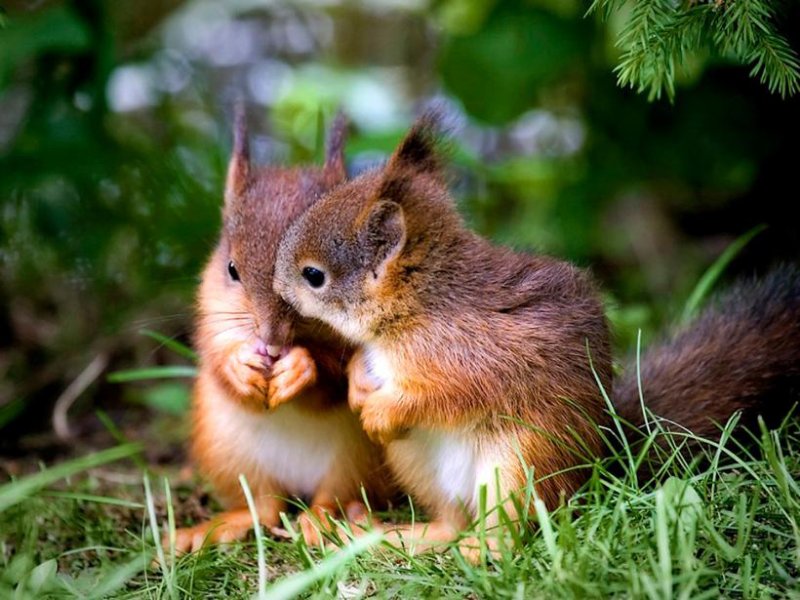 By the time they are 6 months old, squirrels develop long, sharp claws and teeth. Playful nibbles, roughhousing, body-climbing or even snuggles with their humans can cause unintentional injury. Because their teeth continue to grow, they must shave them by constant chewing on hard objects. This can be destructive to human habitats and may pose danger to squirrels when they bite through electrical wires or eat lead painted plaster or wood moldings. During mating season, an adolescent squirrel may become unusually aggressive and may unintentionally bite or scratch his human family members.

Stranger Danger
Even domesticated squirrels may react in a hostile manner to strangers. By the time a squirrel is 9 weeks old, he is unlikely to bond to outsiders, including pet sitters, visitors, veterinarians or animals outside of the family unit. The decision to adopt a squirrel may mean giving up family vacations and restricting visitors. Maintaining basic veterinary care or introducing new pets into your home will also pose a challenge. 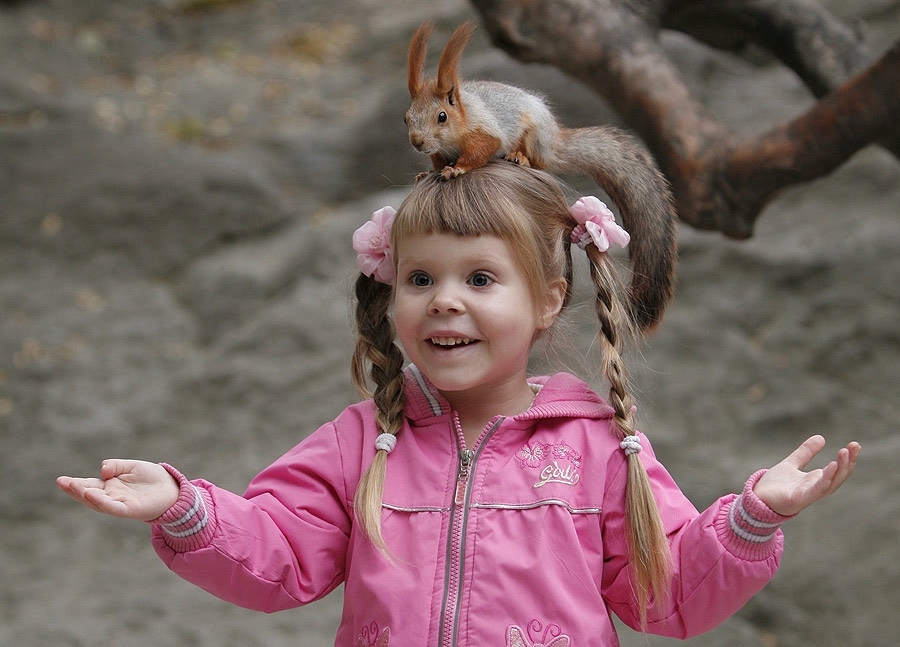 A squirrel in the wild will claim and defend between 1 and 7 acres of territory as his own. If required to relocate, he can be easily stressed and may not adapt well to the new environment. Even if you have lovingly prepared the "perfect" home habitat, moving a squirrel can cause him to become aggressive, fearful or even ill. A stressed squirrel may have nervous seizures and die. Unlike cats or rabbits, a squirrel cannot be trained to use a litter box, and they will mark their territory with urine. Unless you are willing to clean urine and squirrel scat from your home's floors, your pet will likely need to remain in a caged enclosure much of the time. Many states and local municipalities have laws against keeping wild animals in captivity. Be sure to check the statutes before making the decision to bring a squirrel into your home. Remember that without appropriate conditioning, a domesticated squirrel cannot survive when released back into his natural environment.