Pancreatitis in cats and dogs

Pancreatitis in cats and dogs

Pancreatitis is an inflammation of the pancreas in dogs and cats, which is found in the right side of the abdomen. The pancreas has two vital functions: to produce hormones such as insulin and to produce enzymes that help in digestion of food. Dogs of any age, sex, or

breed, and occasionally cats, can get pancreatitis. The exact cause is not known, although it is often associated with corticosteroids or rich, fatty diets.

When your pet's pancreas becomes inflamed, digestive enzymes can spill into the abdomen, which can damage nearby organs, such as the liver, bile ducts, gall bladder, or intestines. Pancreatitis can occur suddenly in either a mild or severe form. Pets that recover from sudden episodes can also continue to have bouts of illness that return repeatedly.

Signs of pancreatitis in dogs or cats often vary and can depend on the other organs involved. Typical signs include vomiting, diarrhea, fever, and abdominal pain. Severe attacks can cause shock, collapse, and even death.

Diagnosis is based on physical signs, laboratory tests, and x-rays or ultrasound. Laboratory tests usually show a high white blood cell count, although this can be caused by other conditions that have similar signs. The presence of high levels of pancreatic enzymes in the blood is probably the most helpful diagnostic clue, but levels of these enzymes can also be normal in pets with pancreatitis. X-rays and ultrasound may show signs of inflammation around the area of the pancreas. Even with these tests, diagnosis can be difficult, and your veterinarian may refer you to a specialist or veterinary teaching hospital. 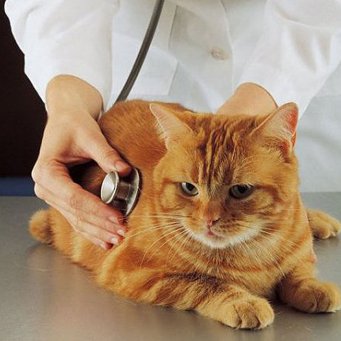 Management of pancreatitis depends on early diagnosis and prompt treatment. Withholding oral fluids and food can let the pancreas "rest." Your pet will likely need to be on intravenous fluids for a few days. Anti-inflammatory medications are sometimes prescribed. Pets that are in shock from a severe attack of pancreatitis need emergency treatment with intravenous fluids, antibiotics, and other medications.

Prognosis depends on how much of the pancreas has been affected, how severe the inflammation is, and how your pet responds to initial treatment. Pets that have severe or repeated attacks can develop long-term problems. For example, damage to the pancreas can result in a lack of digestive enzymes, so these must be replaced by enzyme tablets or powder given daily with food. Severe or chronic pancreatitis can also result in diabetes because the pancreas can no longer produce insulin.