Crocodiles are always perceived to be large, terrifying and extremely powerful. Those who have read about the saltwater crocodile and have seen movies like Lake Placid would always wonder if there are any crocodiles out there that are not so terrifying. Well, quite contrary to the perception about crocodiles, there are many small crocodilians that do not terrify people as much as the larger species There are several species of crocodilians that are relatively harmless or less threatening, and are even kept as pets! 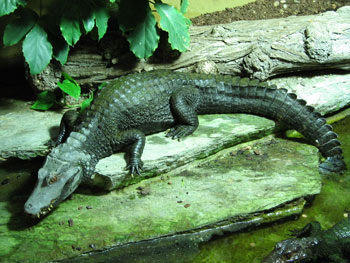 Not all crocodiles grow as long as 23 feet and weigh a ton. There are crocodilians that weigh only a few kilograms and are barely three or four feet in size. One such crocodilian is the Dwarf Caiman. The Dwarf Caiman is also known as Cuvier’s dwarf caiman. The scientific name is Paleosuchus palpebrosus, and it is regarded as the smallest of all crocodilians, and is the smallest species in the alligator and caiman family. This small crocodilian can be found in central and northern South America, Brazil, Bolivia, Colombia and Ecuador, Guyana, French Guiana, Peru, Paraguay, Venezuela and Surinam.

The Dwarf Caiman usually thrives in forested areas where there are many lakes or rivers. Large ponds, monsoon ridden areas and tropical regions that receive a lot of rain and thus remain submerged or have swampy lands are also ideal for the Dwarf Caiman. This remarkable crocodilian can thrive well on dry lands and marshy areas, warm waters and cool waters. If you look at it with the right eyes, you will notice that the Dwarf Caiman actually looks more like an alligator than a crocodile. 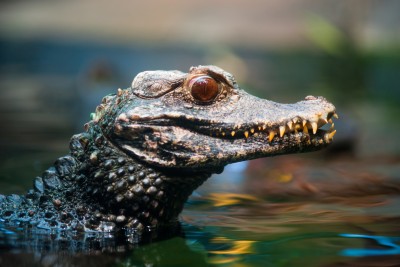 Also known as the musky caiman, Cuvier’s caiman (named after the French zoologist Georges Cuvier who identified the species in 1807), the dwarf caiman’s tiny size makes it a great crocodile pet. A male Dwarf Caiman would usually reach an average length of 1.4 m and would weigh about 7 Kg. The female crocodilian would be about 1.2 m in size and would weigh a little less. A matter of fact, this Caiman has become quite popular worldwide, partly thanks to a guy by the name of Shaun Fogget.

In 2012, Shaun Fogget, who starred in the popular TV series Croc Man, and today owns Britain’s only crocodile zoo, managed to breed 24 dwarf caiman crocodiles. This was part of a record conservation and breeding program of Fogget’s Zoo. He fed the parents caimans with special vitamins that helped make it such a successful breeding. Fogget removed the eggs from the burial place and kept them at a constant 30⁰C for a little more than three months days, until they hatched. He fed the baby Caimans with insects such as locusts and crickets until they were ready for dead rodents and small chickens. In the same year, just several weeks before the Caimans birth, 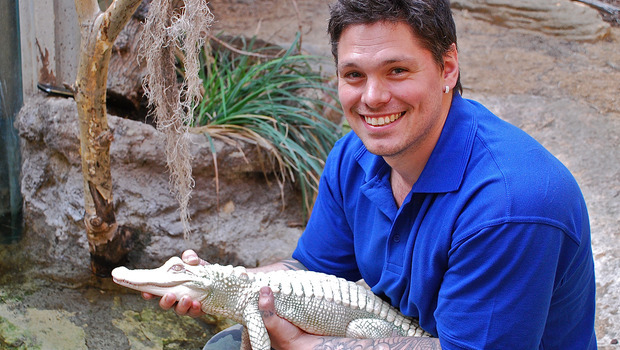 Fogget became the first private breeder who managed to breed 14 West African dwarf crocodiles. Foggett began keeping reptiles at the age of 15, and after learning all what he could about crocodiles, he started to keep them privately, before selling his house to build the first and only crocodile Zoo in the U.K. His wildlife documentary TV series, ‘Croc Man’, became hugely successful, with more than 1 million viewers for its final episode in August 2011.

While the Dwarf Caiman may appear to be a vulnerable crocodilian since it is light and small in size, it is not that weak. The body armor is made of bones atop the dermal scales, just like larger crocs or alligators. The armor is thick enough to protect the crocodilian from predators of various natures. The thick bony armor is also strong enough to ward off attacks by humans. However, unlike larger crocodilians, the Dwarf Caimans are vulnerable to bullets and metallic spears, and like many other species, they are threatened by humans.
In a time where pollution, mining projects, a booming Pet Trade industry and habitat destruction are all threatening the Caiman’s existence, this conservation program of Shaun Fogget should be admired and supported by all who can.