Fresh water tropical fishes are very popular among those who love fishes. If you are a fish collector then you may probably know about many colorful and cute species of these type of fishes. Most of the cutest specimens are found in South America, especially on the waters of Amazon and its tributaries. Central Africa and Central Asia is also known for thousands of good looking fresh water fishes. Here is a top ten list of the most beautiful fishes in that category. View the slides below to get an idea how cool they are. Though 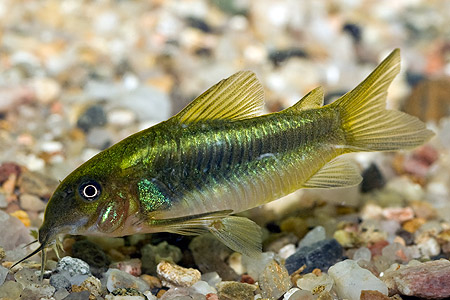 any picture is not sufficient to fully grasp their beauty. You need see all these fishes by your own eyes inside an aquarium.

Green Gold Catfish
This fish is really good looking. They will glow like greenish gold from your Aquarium. This golden catfish is native to Meta river basin of Columbia.
The scientific name of this species of fish is Corydoras melanotaenia.Corydoras is a popular fish among collectors. The fish can handle a pH of 6 to 8 and a temperature range of 77 to 80 degree Fahrenheit.

Corydorous loxozonus
Another jewel from the Meta river basin of Columbia is this catfish. Corydorous loxozonus can be 2to 2.2 inches long. The main special feature of this fish’s structure is the twin rows of armor plates along its flanks.
This fish is suitable for aquariums as it is not much problem to feed it. Widely available commercial fish foods are enough for it. You can give it live foods like various worms, daphnia and tubex etc. Tall aqua plants are ideal for Corydorous. It can breed on captivity. One fish can live up to 5 years.
The water pH of the aquarium should be 6.0 to 7.2 and the temperature 70 – 75 F.

Glass Catfish
It is called “Glass Catfish” because of the transparent body. They look amazing on an aquarium. There is another similar fish named “Ghost Catfish”. Those two fishes are often looked almost same. South –East Asia is its natural abode. 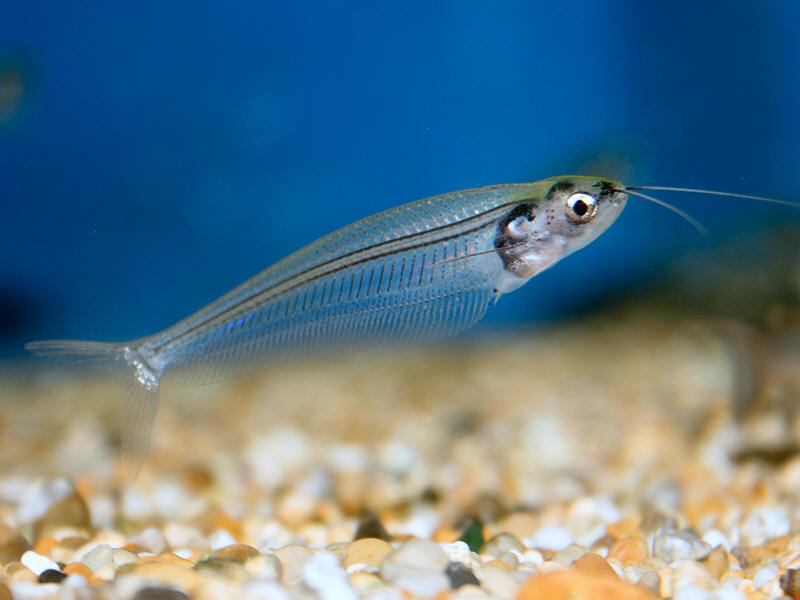 Guppy
Guppy is well known to the fish collectors all over the world. This fresh water aquarium fish is known for its colorful, large tails. The large tail of the guppies is often attacked by more aggressive fishes. Robert J. L. Guppy first brought it before the civilized world and so the fish is named after it.
Guppy is native to Central America, Southern part of USA and Northern South America. Hard water aquarium with a little bit salinity is best for them. The ideal temperature for them is 78 to 82 F. They are known for eating their own kids. That is why one needs to use separate systems for Guppy breeding process.

Lamprologus ocellatus
The fish looks queer. It has a very geometric, cartoon like shape. Lamprologus family of fishes is found in the Lake Tanganyika of Africa. Besides ocellatus, other species of this group are known as popular pet fishes.
This fish is very intelligent. It is best to kept them in pairs or trios. They live in the caves or shells. You need to have more than one shell per fish. The male and female both guard their newborn. 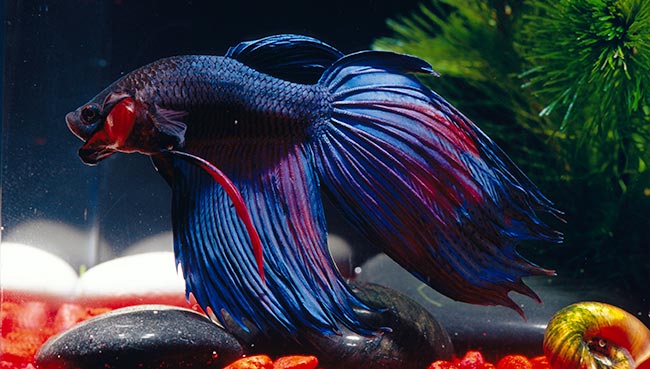 This fish is from the Siam country which is now known to us as Thailand. It is also found in other countries of the Indo-China region like Vietnam, Laos and Cambodia. Another name of it is “Betta”. In its native lands, Betta is specially bred to fight. Yes, two fighting fishes encountered each other in a match. People bets on their favorite. That is why it got such a name.
Betta has colorful, flowing fins. It also has a very special physical organ named the “labyrinth” which helps it to survive in poor oxygenated stagnant water. This fish is in the evolutionary process between a common fish and a lung fish.
When a male fish saw another they display extraordinary aggression by spreading their fins and gills. Two males are often kept in glass separated compartments so that they can see each other but cannot attack. When they saw each other, the watcher can enjoy his display of colorful fins.

X-ray Tetra
The Translucent skin of X-ray Tetra makes its backbones visible. Like an X-ray image, you can see its skeleton from outside. This fish is mainly found in Amazon River of Brazil. This small fish has a special organ named “Weberian Apparatus” which helps to pick up tiny vibrations in water. It gives the fish edge over hunters. It is very difficult to catch it off-guarded. The transparent body also helps them to hide.

Zebra Catfish
Why this catfish is called as “Zebra” is clear from its look. The black and white stripes across its body make it splendidly beautiful. This fish is available in the water of Xingu River, an Amazon tributary. 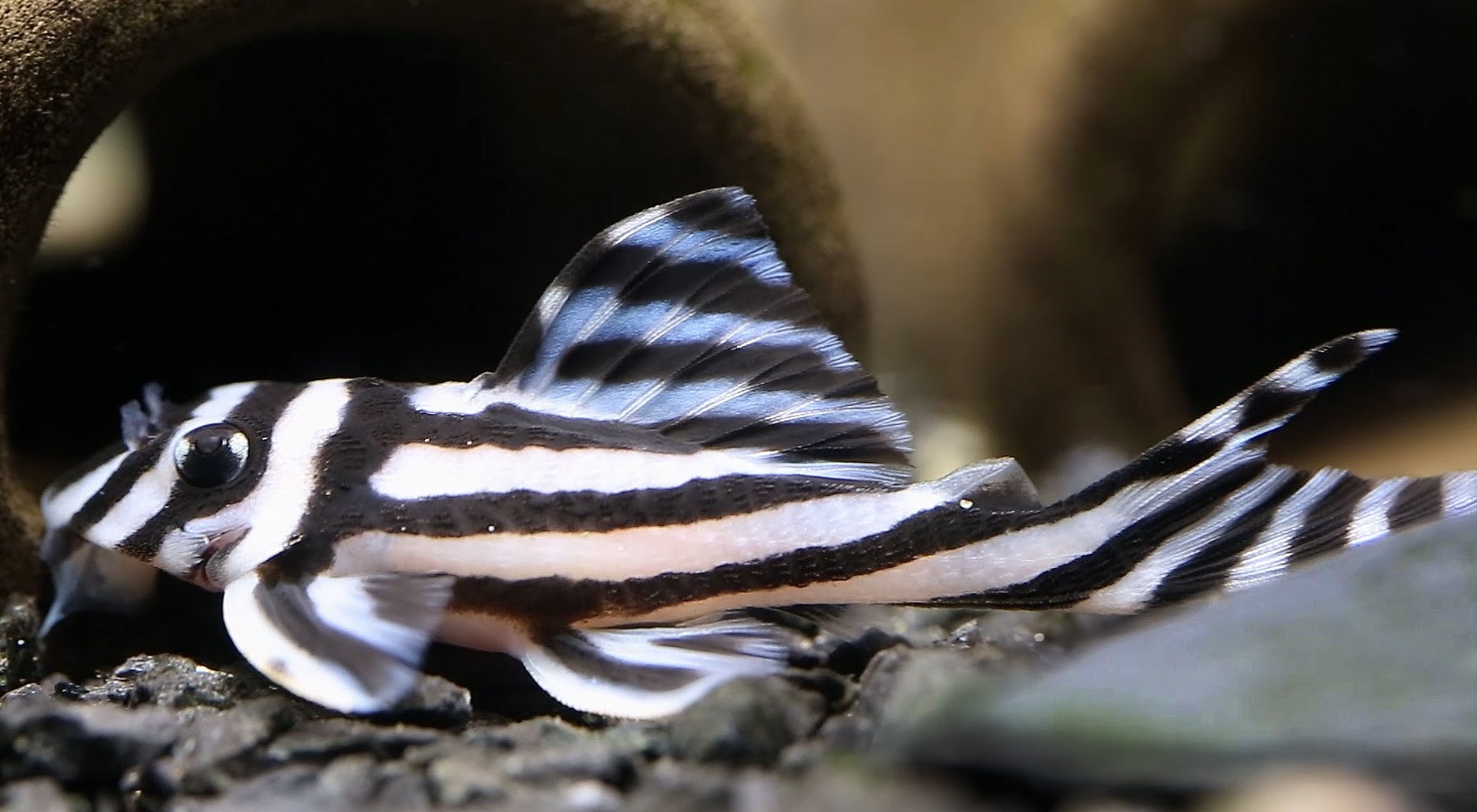 Zebra Catfish has Ten to Twelve teeth inside its jaws. This fish is a carnivore and should be fed with live worms and such things. 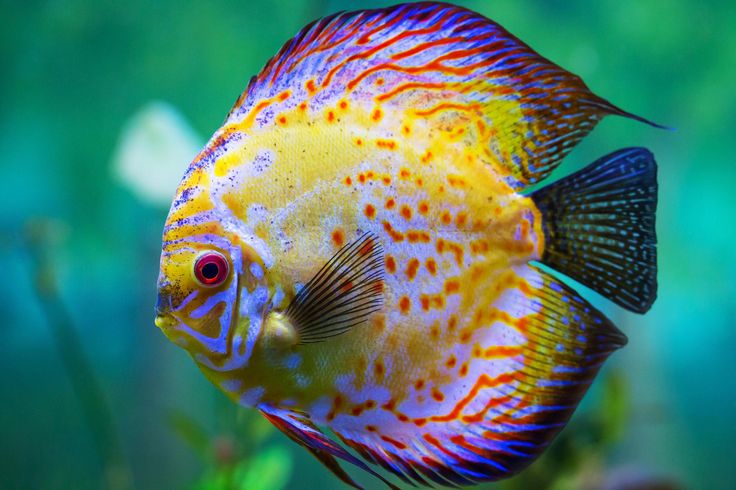 Discus
Discus is a relatively well known fish among the enthusiastic. There are many hybrid, colorful varieties of discus is available in the market. Like most of the beautiful tropical fishes, discus is also a native of the new world, can be seen in the waters of Amazon.

Cardinal Tetra
The glowing colors of Cardinal Tetra and its close relative Neon Tetra is a beautiful scene. The body of the fish is striped by a blue line. The upper part of the body is of light gold or silver color and the lower part is bright red. Cardinal Tetra is also a South American fish. It is a shoaling fish and that is why a gropu of six or more should be kept in one aquariam.

The perfect fish for your garden pond may be closer than you think. Just head on down to the local bait store and order up a dozen minnows. The smaller the better. Down here in Georgia when you get small minnows, crappie minnows, you get grey fathead... more

What pets can I keep in a 5-gallon tank?

So you’ve just pulled out a dusty old aquarium from the basement and are now wondering if there are any interesting animals you can keep in it to avoid throwing it away or pursuing an arduous search for someone who’d be willing to come pick it up fro... more

When you begin to populate your freshwater aquarium it will most likely be necessary to include some bottom feeders, scavengers and algae eaters. With nine classes and hundreds of individual varieties, freshwater catfish can fill all of these needs.... more