If you’re here, it’s probably because you’ve heard all about the iFetch automatic ball launcher machine and you want to read iFetch reviews from users or find out more about the popular dog ball toy.
For the unfamiliar, the iFetch is a small motorized device that shoots mini tennis balls across the room that your dog can fetch. It’s called an “automatic ball launcher” because all you have to do is drop a ball into the funnel-shaped hole on the top, and it shoots the ball out the other side.
You can launch balls for your pet, or you can even teach you dog to drop the ball in the hole themselves so they can play on their own! Tech Crunch jokingly calls the iFetch “the perfect balm to soothe the conscience of the lazy dog owner.” 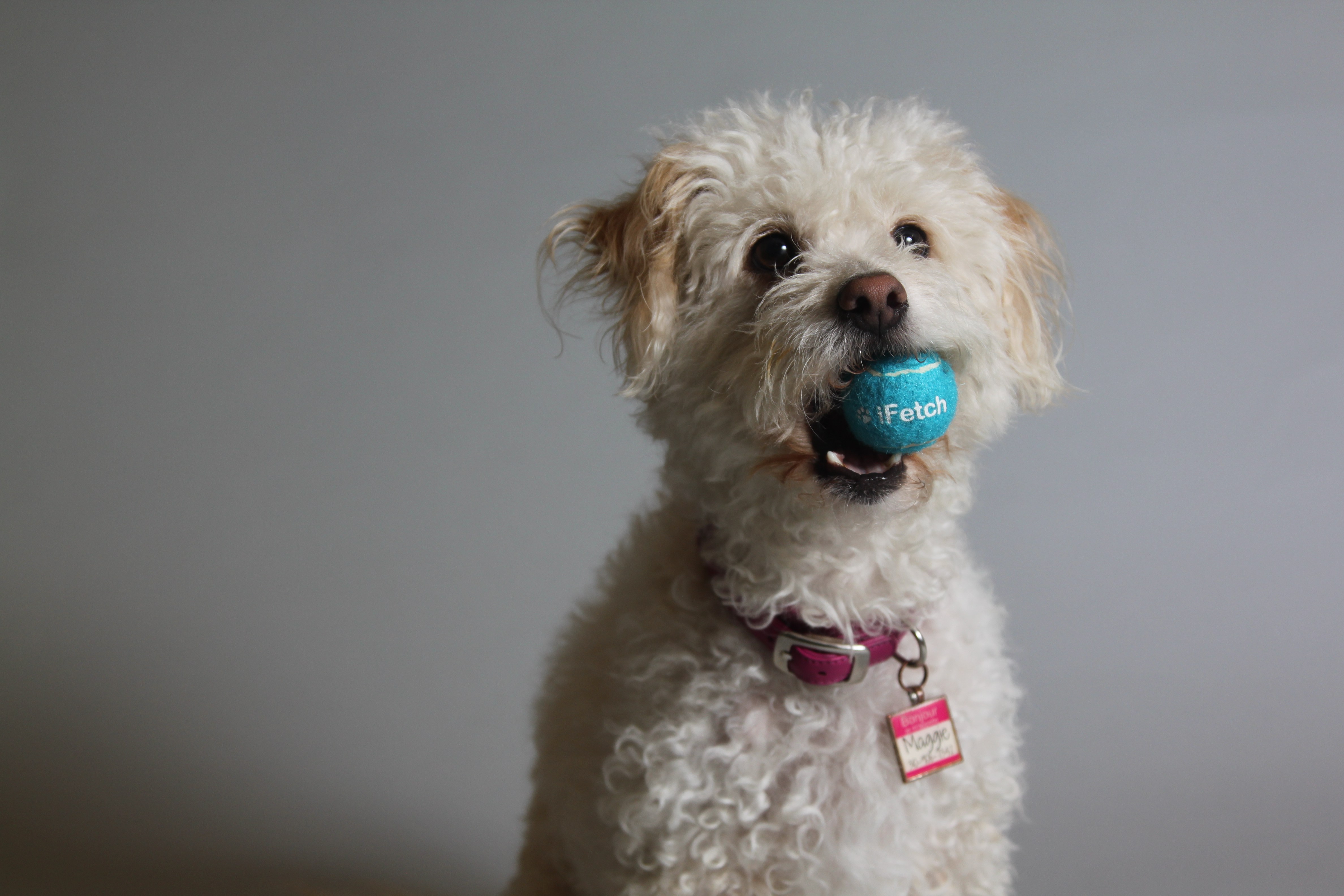 Background on the iFetch Automatic Dog Ball Launcher
The iFetch began a few years ago at the Hamill family’s kitchen table when son Grant was doing homework but kept getting interrupted by his dog, who brought over balls for him to throw. Grant then wondered if it would be possible to create a machine that would automatically shoot balls for the pet.
His grandfather Denny thought it was a great idea, and months later, they tested prototypes and set up a Kickstarter to make the whole thing happen. Now, in 2015, the iFetch is an immensely popular dog ball toy that allows pets to entertain themselves as they chase and retrieve balls from the machine.
The iFetch has won numerous awards and been featured on Katie Couric‘s talk show in addition to earning high-profile mentions in online and print publications such as Gizmodo, The New York Times, and Outside magazine.

iFetch Price and Product Details
So what’s the iFetch price? You can see how much the iFetch is currently selling at Amazon.com.
A handful of retailers sell the iFetch at pet stores across the country, but this is mostly a product that is purchased online. In my experience, the local businesses that sell the iFetch charge slightly more than the online outlets, so you might want to buy online.
The iFetch dimensions are roughly 14 x 11 x 9 inches, and the balls are about 1.5 inches (40 mm) in diameter. That’s smaller than a typical tennis ball, and smaller than the balls for some other automatic ball launchers, like the Go Dog Go.
The iFetch runs on AC adapter power, or from six C batteries, which can provide about 30 hours of use. The adapter works for 110 or 220 volts. Batteries are not included.
Dog owners love the fact that pets can be taught how to retrieve the balls and drop them in the ball slot, meaning that the owners don’t have to do anything except sit back and watch as their doggie friends entertain themselves.
Reasons to praise the iFetch: The balls shoot far, the batteries last a long time, the machine is sturdy, and it’s perfect for saving your arm from having to throw a ball 50 times a day.
The volume of the motor and the small size of the balls are the primary criticisms. The ball size issue is really not a valid complaint, though, since the iFetch is clearly designed for small- to medium-sized dogs. Anyone with a large dog should read the next section for information about the iFetch Too.

Is There an iFetch for Big Dogs?

Because the little tennis balls used by the iFetch are mini-sized, it’s most appropriate for puppies or other small dogs. But what about bigger dog breeds? Is there an iFetch for big dogs?
Yes, there is! iFetch responded to consumer demand and set up a Kickstarter to fund the design of a large version of its iFetch. In December 2015 the “iFetch Too” finally hit the market. It shoots balls higher and farther than the original model and appears to be a nice upgrade.